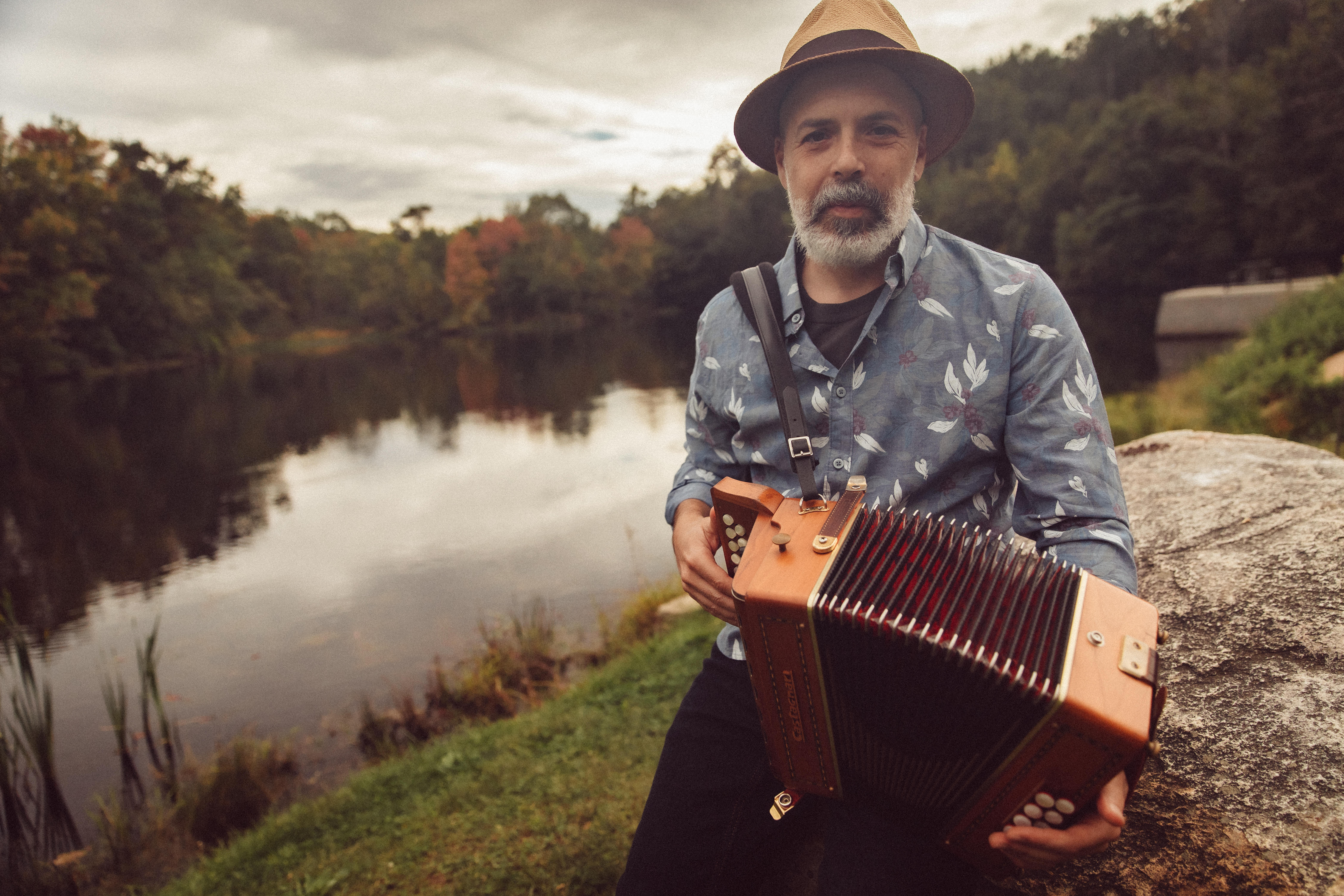 Rob has a long history of music-making, with roots in a musical family steeped in the music of swing-era America, over 20 years of experience playing Brazilian dance music, and half a decade deeply immersed in Irish traditional music through his mentor Billy McComiskey. Rob has been described as bringing a “workingman’s spirit to the bellows-craft of the accordion”.